The difference between 304 and 316 stainless steel isthe presence of molybdenum, which provides a much higher degree of corrosionresistance―especially for more saline environments where exposure to chloridesis expected. For outdoor site furnishings, stainless steel is an idealcorrosion-resistant material that will withstand long-term exposure to theenvironment.

Differentquantities of chromium, as well as other materials, can be used to achievevarying degrees of corrosion resistance. The two most common stainless steel grades are 304 and 316.

Corrosionis a natural phenomenon. Pure elements, such as iron, inherently react withsurrounding environments. In fact, very few elements can be found naturally intheir pure form―gold, silver, copper and platinum being some of the fewexamples.

Stainlesssteel, however, has the innate ability to form a protective surfacethat prevents corrosion. How does this happen? The chromium found in all stainlesssteels reacts quickly with oxygen environments, much the same as iron. Thedifference, however, is that only a very fine layer of chromium will oxidize(often only a few molecules in thickness). This incredibly thin barrier ishighly durable and non-reactive. It adheres to stainless steel surfaces andwon't transfer or react further with other materials. It is also self-renewingin that it will replenish if damaged or removed. Once oxidized, or passivized, stainless steel typically rusts at a very low rate of less than 0.002 inches peryear.

304stainless steel has a high resistance to rust. It will withstand corrosion frommost oxidizing acids and is often used for kitchen and food applications.However, it is susceptible to corrosion from chloride solutions (notably salineenvironments with high amounts of sodium chloride). Chloride ions can createlocalized areas of corrosion, called "pitting," which can spreadbeneath protective chromium barriers to compromise internal structures.Solutions with as little as 25 ppm of sodium chloride can begin to have acorrosive effect.

316grade is the second-most common form of stainless steel. It has almost the samephysical and mechanical properties as 304 stainless steel and contains asimilar material make-up. The difference is that 316 stainless steelincorporates about 2 to 3 percent molybdenum, which increases corrosionresistance―particularly against chlorides and other industrial solvents.Alternative 300-series grades can contain up to 7 percent molybdenum.

316stainless steel is commonly used in many industrial applications involvingprocessing chemicals, as well as high-saline environments such as coastalregions and outdoor areas where de-icing salts are common. Due to itsnon-reactive qualities, 316 stainless steel is also used in the manufacture ofmedical surgical instruments.

Both 304 and 316 stainless steels (as well as other300-series grades) use nickel to maintain an austenitic composition at lowertemperatures. Austenitic steels ensure a versatile balance of strength,workability and corrosion resistance, making them ideal for outdoorarchitectural and landscape applications. The benefits of stainless steel include a long service life that will retain an attractive, clean finish withlow maintenance cost. It also maintains a high value if and when equipment andparts need to be decommissioned.

Reliance Foundry offers a selection of stainless steel bollards that can be mounted for various fixed,removable, fold-down and retractable applications. Our jiangsu stainless steel products use only 316 grade material for the best performance in almost anyNorth American environment. 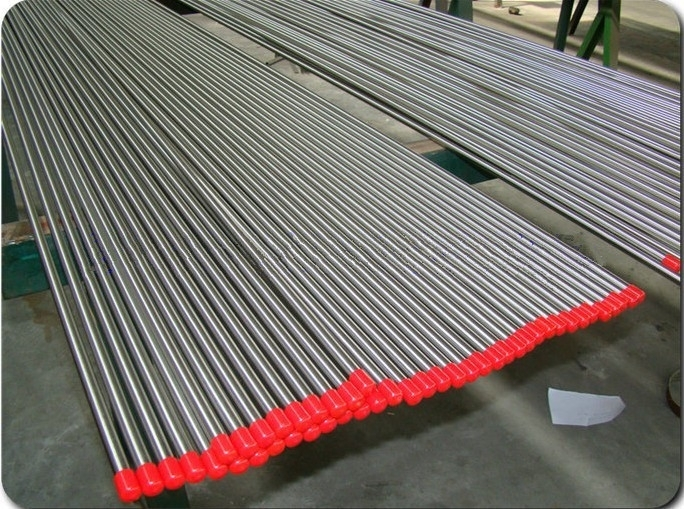