Wire rope is atype of cable whichconsists of several strands of metal wire laid (twisted) into a helix. The term cable is often used interchangeablywith wire rope. However, in general, "wire rope" refers to diameterslarger than 3/8 inch (9..52 mm). Sizes smaller than this aredesignated cable or cords. Initially wrought iron wires were used, but today steel is the main material used for wire ropes.

Steel wires for wire ropes are normally made of non-alloy carbon steel with a carbon 0content of 0.4 to 0.95%. The veryhigh strength of the rope wires enables wire ropes to support large tensileforces and to run over sheaves with relatively small diameters.

In the so-called cross lay strands,the wires of the different layers cross each other. In the mostly used parallellay strands, the lay length of all the wire layers is equal and the wires ofany two superimposed layers are parallel, resulting in linear contact. The wireof the outer layer is supported by two wires of the inner layer. These wiresare neighbours along the whole length of the strand. Parallel lay strands aremade in one operation. The endurance of wire ropes with this kind of strand isalways much greater than of those (seldom used) with cross lay strands.Parallel lay strands with two wire layers have the construction Filler, Sealeor Warrington. 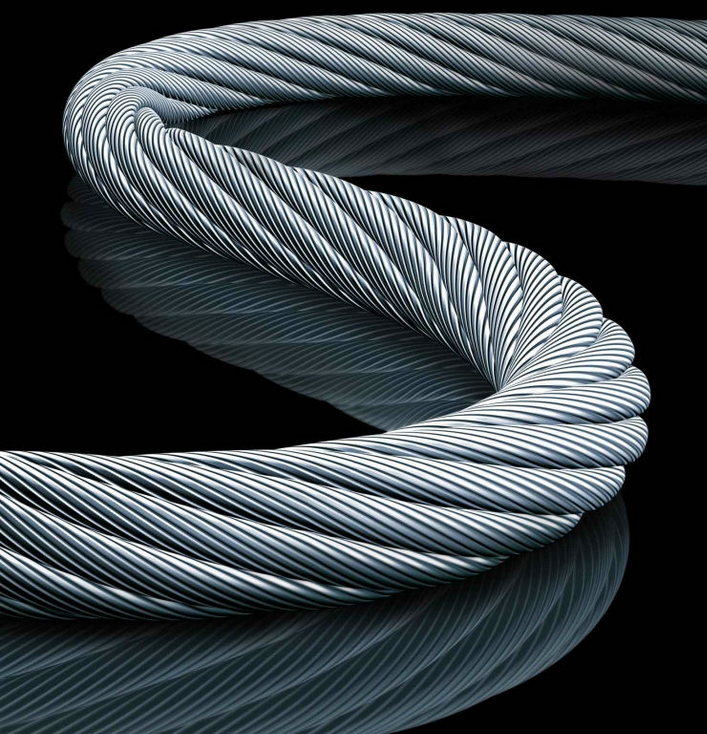 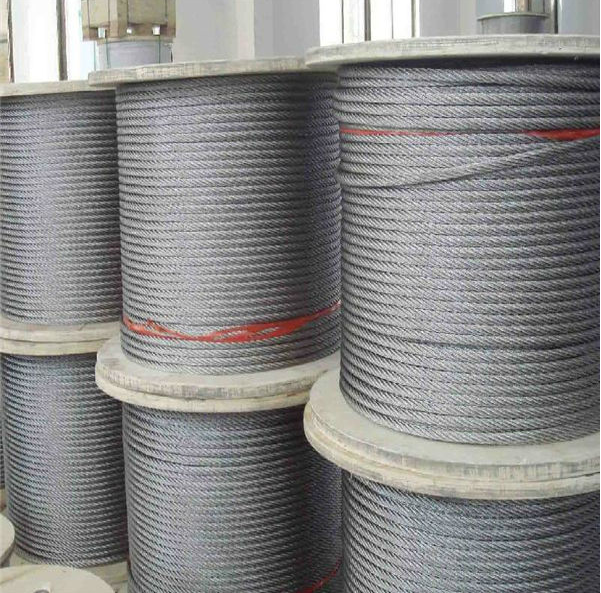 Depending on where they are used, wire ropeshave to fulfill different requirements. The main uses are:

・ Running ropes (stranded ropes) are bent over sheaves anddrums. They are therefore stressed mainly by bending and secondly by tension.

・ Track ropes (full locked ropes) have to act as rails for therollers of cabins or other loads in aerial ropeways and cable cranes. In contrast to runningropes, track ropes do not take on the curvature of the rollers. Under theroller force, a so-called free bending radius of the rope occurs. This radiusincreases (and the bending stresses decrease) with the tensile force anddecreases with the roller force.

・ Wire rope slings (stranded ropes) are used to harness variouskinds of goods. These slings are stressed by the tensile forces but first ofall by bending stresses when bent over the more or less sharp edges of thegoods.